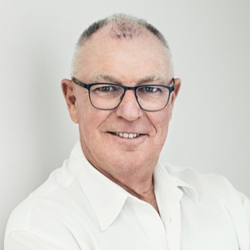 There is no formula for success, it’s all about people. If you are trusted, you have a chance

Steve began his career in education which culminated in him becoming the CEO of the Centre for Excellence in Teaching, providing professional development to WA's 30,000 teachers.

His career in the Australian Army Reserve ran parallel and he retired as a Colonel having commanded the 16th Royal Western Australia Regiment.

He consults to business and sport in the areas of leadership and reaching human and corporate potential.  In his consulting role he has worked with the coaches and players of the West Coast Eagles since 2005, and the Club has finished second and first in that time.